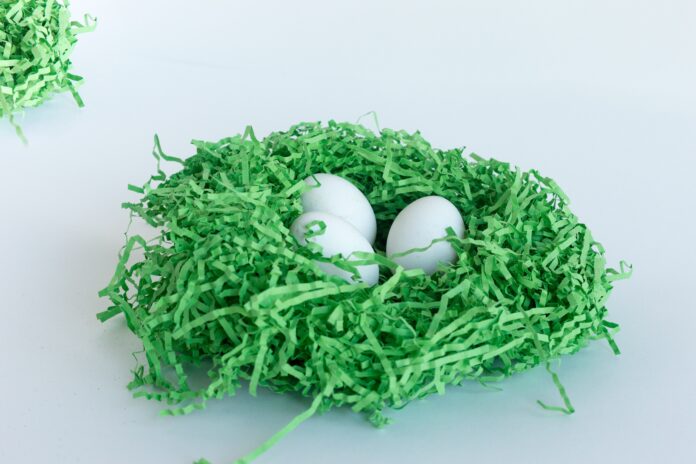 Your money should work for you – not against you

“We must develop an absolute priority of human beings before profit – ahead of any benefit to any human being. Then we will survive.” frank herbert

Is your money doing the best for you?

We expect our money to be faithful, especially when we send it to work for us. After all, it is ours, and it has no will of its own, so it must be the last worker. Unfortunately, even money has no sense of its own. If we put it in the wrong hands, it can be worse than not working for us. It could do worse than disappear. It can work against us.

Actually, it can Break our faith in our world, our society, our family and ourselves!. It can be really mean.

But we wouldn’t put our money in such evil hands, would we? We are not that dumb.

It is not easy to ensure that the money we spend, the money we invest, the money that other people invest for us (for example, in our pension funds) actually goes into trustworthy hands. Sadly, we often end up paying those profitable companies that have actually seen the branch we are sitting on.

So we better check it out. We better do it before we find ourselves falling to the ground, a little rich, but mortally wounded.

Over time, I learned as a social worker whose family lived on investment profits for many years to figure out whether the hands holding our money were good or bad. However, I am not a professional investment consultant. My financial writing is based only on my personal research and experience.

Here are some simple ways to know whether or not we give our money, and the power that comes from it, to a friend or foe.

If we want our money to help both us and others, we better make sure we give our money to companies that are profitable – their employees, their suppliers, their customers, and their to the surrounding communities.

Sadly, we cannot take this lightly.

Corporations’ excessive effort to make rapid profits can be very damaging. For example, when a suicide-piloted Lufthansa plane crashed and 150 people died, it was revealed that many flight companies “saved money” and did not investigate whether their pilots have mental health problems or addictions. It was also learned that airlines have reduced pilots’ salaries to the amount over the past decades (like $20,000 per year) which force them to fly tens of hours a week and be constantly sleepy. In the name of profit, many corporations are willing to put their employees, their customers and others around them at risk.

In addition, some of the richest companies in the world exploit their employees wickedly. (Amazon, for example, owned by Bezos, one of the world’s richest men, regularly exploits its employees, including Stealing tips from low-paid delivery workers People gave it to him. I think Bezos lives his life feeling extremely deprived if he runs his company in such a gourmet way.)

Corporate irresponsibility destroys not only the people involved, but the entire society and sometimes the entire world.

Some of the most powerful companies have, it seems, a persistent policy of being wicked. some examples are Nestle, which started with the murder of millions of children and goes on doing harm; Monsanto, which crushes both many farmers and bees Whole world; and McDonald’s, which has a significant share in climate change, among other things.

But even corporations that aren’t run by classic unbreakable baddies don’t resist the temptation to make money. trample your image, Showing us fake news, and prompting us to take destructive action.

Do these profit-driven corporations make rewarding investments? For the short term they can, but in the long run, not surprisingly, irresponsibility is beneficial. Low-paid workers, for example, stay for less time, know less, and care less. They don’t improve the company, and they don’t serve customers well.

As a result, corporations that lay off their employees and customers become unprofitable over time. As Henry Ford said,

“The two most important things in any company don’t show up on its balance sheet: its reputation and its people.”

A company that wants nothing but rapid revenue is not only bad company (literally and figuratively). This is also a bad investment.

So we better put our money on profitable Socially Responsible Companies, Which Are Also More Profitable.

irresponsibility of the environment

In the long run, investing in sustainable companies can really be a matter of life and death. Environmentally irresponsible corporations can, in fact, be fatal. For example, over the years, the average lifespan in the US has declined for the first time in decades. Some of the causes of premature death are: Polluted and carcinogenic food, air and water. If we want our loved ones to have a long life, we must support environmental firms.

Our economy, too, is already suffering extensively due to climate change and the destruction of nature. Consequences, including an increase in extreme weather events, natural disasters and disasters, have already cost our economies more money than we imagined.

For example, we can significantly reduce the damage caused by the pandemic. however, as Noam Chomsky explains,

“Market signals were clear: there is no profit in stopping the future mayhem“

And this is just the beginning.

That’s why we as consumers and investors are better off not supporting sustainable corporations.

Indeed, fossil fuel companies still often make a lot of money. Investors can increase the world’s pollution and climate change by buying their shares. That’s what JPMorgan Chase does, for example. America’s largest bank federal aid received, invests in oil. The bank makes these investments even though it knows that they are “Not always compatible” with the hope of “the survival of humanity”to borrow the phrase of , a leaked memo of his.

As Proverbs already described such moneylenders,

Such is the trick of everyone who is greedy for profit, which takes away the life of his masters.

Firms like this bank deliver money to destructive companies that are essentially mercenaries that kill us all slowly but surely. So maybe we don’t pay them to do that.

In the long run, buying shares of environmental companies is not only a work ethic. It can also be more profitable course of action.

Buying index funds of durable companies is a Win-win situation, as is every good deal.

Another consideration that we better take into account is the huge impact corporations often have. So, it would be better not to give more power to big companies, which are too powerful anyway.

Giants use their power to inspire lawmakers to make laws that enrich them in our account. food group that Push America to subsidize massive amounts of cornFor example, most foodies around the world become unhealthy because of food poisoning. For another example, pharma and health insurance companies use their power to raise health care pricesThere is so much in America that many people cannot afford medical treatment. In a pandemic, when many people are left untreated, it greatly spreads the plague and harms everyone else.

Still, no one is required to pay veterans for the big losses they inflict. When cocaine-addicted leaders of the financial system crushed the global economy, for example, kept their jobs and crime profits. Not only are they very powerful, but they are also perceived as people who know what they are doing. They are misguidedly regarded as saints, as role models, and as leaders (as evidenced by past elections).

In reality, however, Democracy is threatened by their conduct. As economist Thomas Piketty warns us,

“We want capitalism and market forces to be slaves to democracy rather than to the opposite.

Therefore, we better use our money to control the unlimited power of corporations. A mission that our governments fail to accomplish, mostly because it is often against the personal interests of our public servants.

We use our money to empower the competition of the giants – small and medium companies. who benefit society Instead of exploiting it:

We must use our power to help David defeat Goliath, because in the meantime, Goliath defeats us.

No man is an island. We, as investors and as customers, have to remember that we are not dealing with just one company. We are also part of the society in which the company operates. So when a corporation is destructive to the environment or society, we also suffer.

As investors, we must make it clear to companies that we condemn their exploitation, even if it is allegedly done on our behalf.

So, although we generally want our exposure to the stock market to be as broad as possible, we need to avoid corporations that ruin our world, and focus on companies that contribute to it, Such as small and medium, sustainable and socially responsible companies.

Making one good decision at a time.

A good investment at a time.

Estee Horn is a social activist, investor, and author of The Wrong Empress – the amazing true story of the princess who turned the disastrous Roman economy (which we foolishly follow).